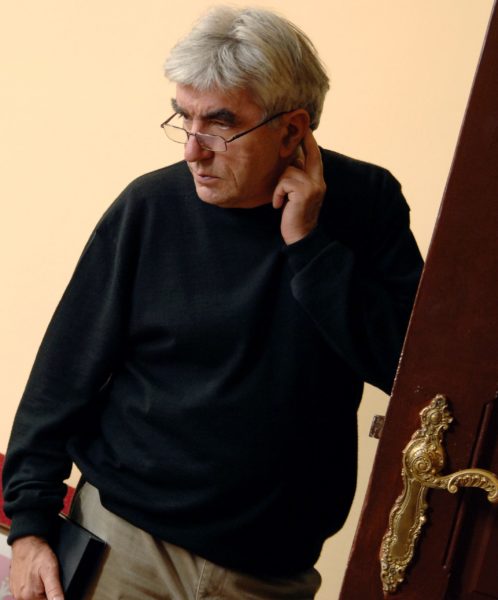 Director, writer. He was born on October 29, 1948, in Wrocław. Graduated from the Faculty of Mathematics, Physics and Chemistry of the University of Wrocław, where he received a diploma in 1971 with a degree in mathematics. He studied at the Łódź Film School (graduated in 1980).
He was a member of the 81/2 Academic Film Club. In 1971, he made the short Wielki świat/Big World, awarded at the student film festival in Katowice. He started as a film journalist. In the years 1974-1981, he was in charge of the film section of the magazine “Opole”, then “Odra”. He was awarded the Karol Irzykowski Award for his publications (1975). He is the author of reportages Pierwszy stopień do piekła/The First Step To Hell (1978) and film essays published as Wróżenie z kina/ Fortune Telling with Cinema (1978) and Niewinność utracona w kinie/Innocence Lost In The Cinema (1981).
In 1977, he joined the “X” Film Studio. He was assistant to Andrzej Wajda, Sylwester Chęciński and Wojciech Marczewski. His debut was a television film, about a journalist for the independent press, titled Wolny strzelec/Freelancer (1981), not broadcast until 1987. In his work, he raises issues of imprisonment and ¬– usually insensitive – justice. In 1983, he directed the psychological drama Nadzór/Supervision, set in the prison environment, awarded at the Polish Film Festival in Gdansk. However, it had to wait five years for distribution, due to its criticism of the communist regime and its depiction of prison as a tool of repression used to make individuals passive and subordinate. His subsequent film, Sezon na bażanty/Pheasant Season (1985), is a fast-paced drama, also critical of the regime. After that, he made the psychological drama Dotknięci/Touched (1988, journalists’ award at the festival in Gdynia).
Deszczowy żołnierz/The Rainy Soldier (1996) divided the critics, provoking heated debates and discussions. Heavily criticised in Poland, it nevertheless met with a favourable reception abroad (Gold Star Award and the award for best director at the festival in Houston).
He also directed documentary films. In 2006, he won several awards for Bezmiar sprawiedliwości/Lawless (also a TV series), and Wygrany/The Winner in 2011. He wrote the screenplays for all his films.
He served two terms (1987-1990 and 1994-1996) as deputy chairman of the Polish Filmmakers Association. He teaches directing and screenwriting at film schools in Poland and abroad.
In 1990, he received the Award of the City of Wrocław